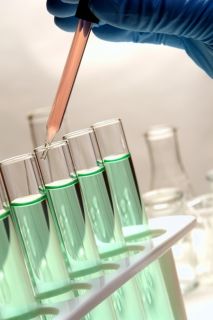 Cocaine can be hard to catch in a drug test as there is a short window where it is detectable in urine drug testing. Ametabolite called benzoylecgonine is what is tested for in urine drug testing as cocaine itself is metabolized too quickly.
Cocaine Metabolites can generally be detected in an urine drug test if done within 3-5 days of using cocaine. However, heavy users and addicts may have a longer window where cocaine can show up in a drug test, possible up to eight days after use. Other studies have shown heavy cocaine users can show up positive 10 - 14 days after using. Urine concentration can affect the results of a cocaine drug test as well. The ideal way to do a cocaine drug test would be to gather samples of urine over a 24 hour period for drug testing. This would ensure the most accurate results.

Cocaine is a powerful stimulant that produces effects that last anywhere from 20 minutes to a hour.
Using cocaine while pregnant can trigger premature birth.
Chronic smoking of cocaine can produce a number of side effects such as fever, lung trauma, flu-like symptoms, asthma, shortness of breath, sore throat, bronchospasm, damage to the heart and hemotysis.