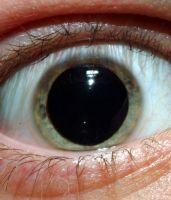 The effect cocaine has on the body is damaging, both in the short and long-term. Any prolonged use of cocaine increases any of its numerous effects such as permanent mental and physical damage, addiction and even death. With just a single use, a person can experience short-term cocaine effects on the body and mind.
The effects of cocaine in the short-term can be mistaken for positive changes. These effects, however, can cause serious physical problems and death can occur from heart attack, seizures or lung failure.
Cocaine short-term effects:

Because the short-term effects of cocaine can deceptively be positive, many users start their road to addiction here because they desire to continually feel the short-term effects of cocaine. The ability to stay awake and energetic for long periods as well as the decrease in hunger which results in weight loss are all very appealing effects of cocaine. However, these temporary "benefits" only last for a short while as the problems of addiction begin to set in and more cocaine is needed on a regular basis to achieve the same effects.
As the need for cocaine rises, so does the addicts dependence on the drug. Use of cocaine when reaching this level causes different effects than it does with short-term use. Long-term use of cocaine causes a whole different set of effects on the addict such as violent behavior, strokes, seizures, chest pain, respiratory failure and so on. Because cocaine is an extremely addictive substance, almost all short-term or casual users move into addiction and experience the long-term effects of cocaine. Beyond the damaging physical components of cocaine's long term effects, there is also the change in lifestyle that has now occurred. Since cocaine is no longer a social activity at this point, and it is now thought to be needed by the addict to maintain, they have more than likely resorted to lying, cheating, stealing to get coke and many other things they may not have done before.
Long-term cocaine effects:
As addicts continue to use, the effects of cocaine that they once enjoyed are now much harder to achieve. The amount need to recreate these effects is considerably more and even then, does not result in the same effects as before. Over time, cocaine addiction is inevitable as it is a never ending chase to feel the early pleasures of cocaine use that can no longer be achieved.

Cocaine's addictive properties became clear in the 20th century as cocaine abuse started to catch the public eye in the United States
The American Journal of Pharmacy reported in the early 1900's that most cocaine users were gamblers, prostitutes, burglars, pimps and day laborers
The sale and distribution of Cocaine was outlawed in 1924 by the Harrison Narcotics Tax Act. This act mistakenly referred to cocaine as a narcotic. Cocaine is actually a stimulant, and not classified under narcotics.